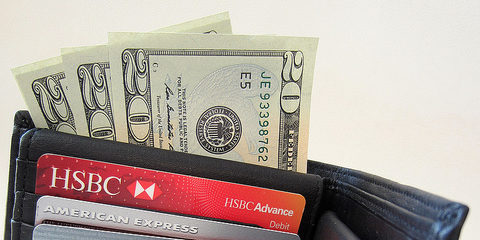 She stole my wallet right out of my purse.

She tricked my son and stole my wallet.

Not just any wallet. The wallet my daughter gave me for Christmas—the one, upon unwrapping, she excitedly exclaimed, “I picked it out by myself, mommy! All by myself!”

The wallet contained a note she’d written me when she could scarcely grasp a pen. It held a dozen or so receipts I need for my tax returns. And my driver’s license. And all of our social security numbers, scribbled on a piece of paper because I hadn’t memorized them yet.

Oh yeah, and our credit and debit cards.

For two days we had no access to money. None. Because the culprit used our debit card at the two Wal-Marts she immediately hit, the bank instantly froze our checking and savings accounts before closing them altogether.

Because we had to cancel every credit card, we had no way to go to the grocery store or get gas. Fortunately, we had full tanks and a full pantry.

I was a roller-coaster of emotions the day it happened. Relieved, because she only tricked my son instead of harming him. Defeated, because the only thing that sounds worse than waiting in line at the DMV for a new driver’s license is pushing pins and needles into my eyes one by one.

Curiously, I was never angry. Instead, I felt a heavy sadness.

Some people steal for the thrill of it, but most people commit crimes out of desperation. I began to pray for her, and after a while, the Lord softened my heart further and I wrote her this open letter, which I posted on my Facebook page:

To the woman who stole my wallet on Saturday,

I know who you are and what you look like. We discovered what happened quickly and the police arrived almost instantly. It didn’t take you long to start spending our money. Within 30 minutes you had passed out our credit cards and you and a friend were simultaneously shopping at the Wal-Marts in Grapevine and Bedford. You got away with it, too. Over $400 in merchandise. You also took my driver’s license, library cards, a note from my daughter that she wrote when she was 5 or 6, receipts I needed for my tax returns, and my peace of mind.

I am not mad at you. I’m so sad. Are you hurting or in a dire situation? I would’ve given you money. My son was right there next to my purse when you tricked him. I teach my children that the Lord does not bless us to have, but rather to give, and I would’ve delighted in the opportunity to let my son see his mommy walk the talk. I would’ve hugged you, prayed for you, given you what you need, and sent you on your way.

I’ve been praying for you since it happened.

I’m not hoping you’ll confess. This was an inconvenience, not a tragedy. I don’t need justice or vengeance. I’m praying that the Lord will gently call you to Himself. There is a deep, deep joy available to you if you will turn from your ways and embrace Christ. How I hope you will! I want so much for you to know the freedom and peace that are yours when you surrender. If the Lord ever allows our paths to cross, I will hug your neck and tell you that I love you. I really do. I love you—not because of anything you’ve done or haven’t done—I love you because you were woven together by our Heavenly Father’s hands, and because of that, you have immeasurable worth and eternal value. You were created in His image. You’ll find no condemnation in Christ, and you won’t find it in me, either. Only grace upon grace upon grace.

The Grapevine Police Department was quick to act, and within a week they had successfully pulled the surveillance video from Wal-Mart, identified her, and circulated her picture.

She has been found out. Unless she skips town, she will likely be identified. Then I will be put to the test. Will I put my money where my mouth is? Will I walk the talk?

With God’s grace, I believe I will. Here’s why: I want so much to look like my Father. This woman was created by God in His image, and Christ died for her sins as much as mine. She is worthy of the blood of my Savior, and she is worthy of grace and forgiveness. When I think about God I think about the way He described Himself to Moses as the prophet stood in the cleft of the rock:

Then the Lord came down in the cloud and stood there with him and proclaimed his name, the Lord.  And he passed in front of Moses, proclaiming, “The Lord, the Lord, the compassionate and gracious God, slow to anger, abounding in love and faithfulness,  maintaining love to thousands, and forgiving wickedness, rebellion and sin.  —Exodus 34:5–7a

When you and I introduce two people to each other, we typically say the most prominent thing about them: “This is Steve; he works in marketing.”

The first thing God lists as an attribute is compassion.

He doesn’t identify himself as King of the Universe. He describes himself as compassionate.

We should be compassionate, too.

So does the presence of compassion mean the absence of consequences?

No. I desire no vengeance, but she broke the law and the legal system will bring about justice. She is a pro—the authorities believe she printed off a copy of my card and gave it to someone else, because it was used at the same time at two stores. She also stole from two other women on the same day. Consequences just might bring about a change of heart.

I am hoping that forgiveness will do the same.

I don’t know her story, but I know she has one. She has suffered. She knows pain. She has experienced loss. She is broken.

So while the police bring down the hammer, I’ll offer an olive branch and hopefully a neck hug, should our paths cross. I sincerely hope they do. 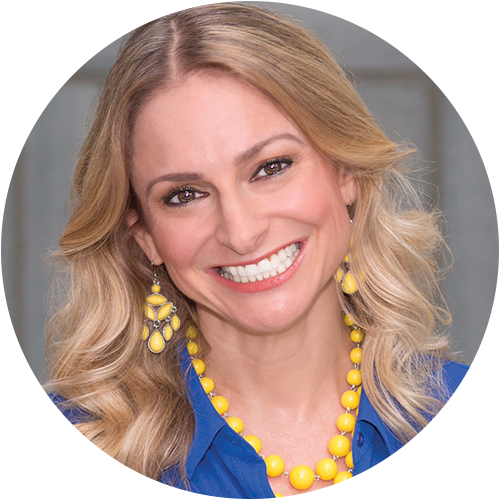