The Church Can Respond Well to the Sexual Abuse Crisis: Author Interview

This blog was originally posted by Kelley Mathews on Patheos.com.

Mary DeMuth, a prolific writer of both fiction and non-fiction, is also an advocate for the abused. Herself sexually abused as a child, she has dared to face that dark reality by writing it into some of her fiction, by straight-out sharing her story in person to groups large and small, and by encouraging other victims through her written testimony. Mary is an example of someone who has allowed God to redeem brokenness so the darkness doesn’t win but God’s grace has room to shine.

When #metoo and #churchtoo broke into public awareness in 2018, the church as a whole began to grapple with, and often deny, the reality that sexual predators enjoyed too much freedom to flourish and escape judgment—inside the church. Leaders prominent and lesser-known began to face repercussions from their own disgraceful conduct toward women, and more women began coming forward with their stories of sexual abuse. Some church leaders wondered how to better protect their congregations from potential predators, while others continued to ignore the issues or lash back at accusors. Even the Southern Baptist Convention (SBC) used their annual convention in summer 2019 to highlight the issue and consider solutions for churches.

In the midst of this national conversation, Mary was writing We Too: How the Church Can Respond Redemptively to the Sexual Abuse Crisis. In it, she urges the church she loves to face the evil of sexual abuse and harassment with candor and empathy. Including research and survivors’ stories, founded in her deep love of Scripture, Mary provides a healthy framework for the church to become a haven of healing instead of an institution of judgment.

Listen to Mary’s heart in this interview upon the release of We Too:

Mary: I have grieved over many stories of folks who have run to the church for help only to be maligned, disbelieved, or dismissed. This does not represent the heart of Jesus toward those who suffer. Because I love the church, I grieve every time this kind of callous indifference surfaces because it has broken people’s hearts, and, in some cases, caused them to leave church altogether. Writing this book was my response, hoping to encourage churches and their leadership teams to look at this issue biblically.

Mary: In the case of this book, I wrote it fast (in a month or so) because the subject matter was difficult on my heart. Typically I read a lot of books, listen to a lot of people who have dealt with an issue, and I do a lot of internet research as well. Then I outline the book and write, write, write.

Mary: That’s a good question. This time around, I knew beforehand that I needed to create emotional space before the launch. Though it hasn’t been entirely restful, I have tried to take July off in anticipation of the book’s release. I also have a prayer team that prays me through every book, which has been a huge boon to my heart over the years. I have also had to remove my email from nearly everything, limiting my contact with readers. (Even so, I get a lot of stories from people over my social media channels, at least five stories a day of abuse. There are times I cannot handle it and I have to disconnect entirely. My empathetic soul gets easily weighed down).

Mary: Anyone who is a church attender who wants to see change in this area. But particularly, church leaders. I believe getting this right will usher in a new era of reformation and revitalization of the church. These types of movements come at the heels of remorse and repentance. I believe the church needs to acknowledge how it has harmed the broken in their midst, repent of it, and begin to listen to those who have walked away. We need to stop demanding healing in convenient timelines. We need to truly understand the nature of trauma when we encounter a sexual abuse survivor. No amount of cliche and Bible Band-aids will easily “heal” someone who has walked a traumatic path.

Mary: From the front of the church, tell the stories of those who have survived sexual abuse and/or domestic violence.

Mary: That they have child safety policies and procedures, and know what they would do if someone reported abuse. That they would err on the side of believing someone who comes forward. That they would seek to become a healing community (pointing toward counseling, teaching how to walk the healing journey from the pulpit, training lay people to care well, finding good community resources to refer to).

Mary: That our churches would be revived on the heels of honest confession and repentance. No more hiding. No more pretending this is not an issue in “our church.” 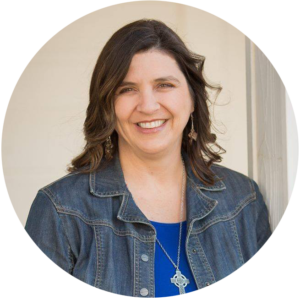 Kelley (ThM, Dallas Theological Seminary) is co-author of five books, including the upcoming Organic Ministry to Women, with Dr. Sue Edwards. When not at her regular position as writer at RightNow Media, she edits, writes, and reads on a freelance basis.