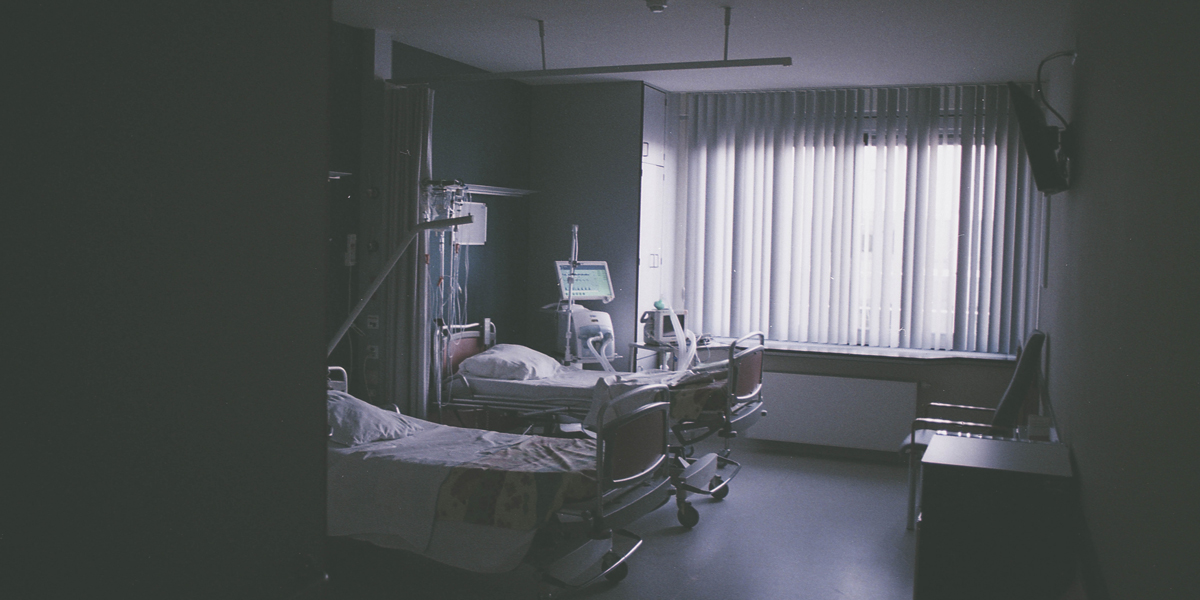 I feel like a liar. I will get my first tattoo this July for a man I refuse to name or acknowledge. He remains the most important man in my life. I look like him. I have his last name. His blood runs through my veins. James Bernon Barksdale, my daddy. I honestly can’t remember the last time I said, much less, wrote his name.

On a humid night in July, I walked into my parents’ bedroom. I incorporated nightly visits into my new routine. My morning pattern changed significantly as well. I woke up every morning with anticipation and dread. Opening my eyes became a laborious task. A sigh of exhaustion left my lips. Only one thing left to do. I tiptoed down the hall wondering if today was the day. My heart raced while my hand turned the doorknob. I poked my head in. I waited. I studied daddy’s motionless body, waiting for a sign of life. Daddy moved. My chest released. Still alive. Checking on daddy every morning became my new normal.

On that July night, my father leaned forward in his hospital bed attempting to watch television. Daddy’s imminent death began to rob him of his sight. My dutiful mama relaxed beside daddy in his rocking chair. Mama slept in the home office after the hospital bed arrived. She later revealed daddy’s discomfort. Daddy felt, “A man and woman should be in the same room.” Every single night, mama remained by daddy’s side until he drifted off to sleep. That night, my gaze shifted between daddy, the television, and mama. Daddy turned to mama and in a weakened voice said, “That’s Janay, isn’t it?” She replied, “Yup. That’s her.” My heart leapt for joy. Four days passed since daddy said my name. It was the last time I heard my name spoken in his distinct, tender Tennessee drawl.

July 21 arrived with no fanfare, anything but special. My mother and I almost forgot it was our birthday. The idea of celebrating seemed strange and foreign to us. Two weeks prior, my mother and I spoke on our way to retrieve daddy from his recent VA Hospital stay.

“You know, this is the last time we’ll come to this hospital.”

The hospital discharged daddy on his birthday. Impending death surrounded us. While daddy rested, mama and I collapsed on the living room couch. We argued over who deserved to leave the house. After game of martyr roulette, she pulled the ultimate mom move and ordered me to hit the gym with my nieces and nephews. Little did I know, it was an act of protection. As my father drifted closer to death, mama secretly petitioned the Lord. She asked God to give daddy another day. She couldn’t bear the thought of him leaving the Earth on my birthday.

After dropping off my nieces and nephews, I returned to home. I posted our before and after gym picture on social media. My fake smile rivaled a runner-up pageant girl. Eventually, I entered my parents’ bedroom, Daddy there in his usual position, leant forward to catch a glimpse of the fuzzy images. I walked to his hospital bed and said, “I’m going to bed. I love you, Daddy.” I gave him a kiss on his cheek. His uncharacteristically fuzzy scruff scratched my lips. Daddy felt so warm. As I pulled away, I felt daddy move his cheek to mine. He knew who I was and wanted me to remain just a little while longer. I lingered. The next day, he was unresponsive. On July 23, 2017, just two days after my birthday, God answered my mama’s prayer. My daddy gave me my last birthday present, an acknowledgment of my presence and an unsaid goodbye.

I look back on those sixteen days of hospice with gratitude. I felt the Lord’s presence, real and tangible. God used my spiritual ancestors, the Israelites, to minister to my anxious heart. The concept of manna took on new meaning. Manna is heavenly bread from the sky. God showered the Israelites with this miraculous provision.

One might describe the Old Testament Israelites as the ultimate insecure girlfriend. No matter how much God loved them, Israel couldn’t stop thinking about their oppressive ex, Egypt. After delivering the Israelites from slavery Moses led them to the wilderness of Sin. Trust me, irony isn’t lost on God. Before God blessed them with manna, there were two major stipulations. God permitted the Israelites to gather enough bread for the day but they could not save even a morsel. In true Israelite fashion, sin won. They woke up to rancid, worm-filled, day-old bread. The Israelites needed to believe God was their ultimate provider. A good father makes sure his children lack nothing.

During the first few days of hospice, I went to bed weary and woke up tired. My room was between mama’s home office and daddy’s bedroom. My three older siblings lived with their families. I felt it was my responsibility to care for daddy at night. I wanted my mother to sleep as much as possible. I needed to bear her burden. She worked and took care of daddy. Anger and frustration seeped in with fatigue.

I am a proud 3w2 on the enneagram and ENTJ. To put it simply, I’m Olivia Pope, Leia Organa and Miranda Priestley wrapped in a 5’9 ebony package. The achiever in me was sickened by my need to rest. I bought into the lie that rest was reserved for those who worked. Rest was something to be achieved. I didn’t deserve sleep because I hadn’t put in the work. I prayed for more energy. God met me in those prayers. Prayer allowed me to remain still enough to hear from God. Instead of giving me the energy I believed I lacked, God reminded me of Israel and their manna. The energy for the day became God’s heavenly manna to me. It rained down every morning and left by 10:30pm. I couldn’t receive more. God filled me for the day.

I stopped fighting fatigue and received the gift of rest. I still woke up exhausted, but with an awareness of the manna gifted to me. Weariness remained my bedtime companion, but rest soon became a welcome guest. No longer something to be earned, rest emerged as a gift given to my overburdened soul.

Nearly three years later, my heart still stops when a new person asks about my daddy. I hesitate and answer, “He’s fine!” This response is both true and misleading. My daddy lives in the presence of Christ. He could not be better. But the inquisitive party believes he lives. I realize, day by day, grief leads to acceptance. But acceptance breeds admission or omission. Silence produced almost three years of omission. This article birthed my confession. I could not receive the gift of rest without the admission of weariness. The same freedom of healing offered to the Israelites, begins with the invitation of rest. 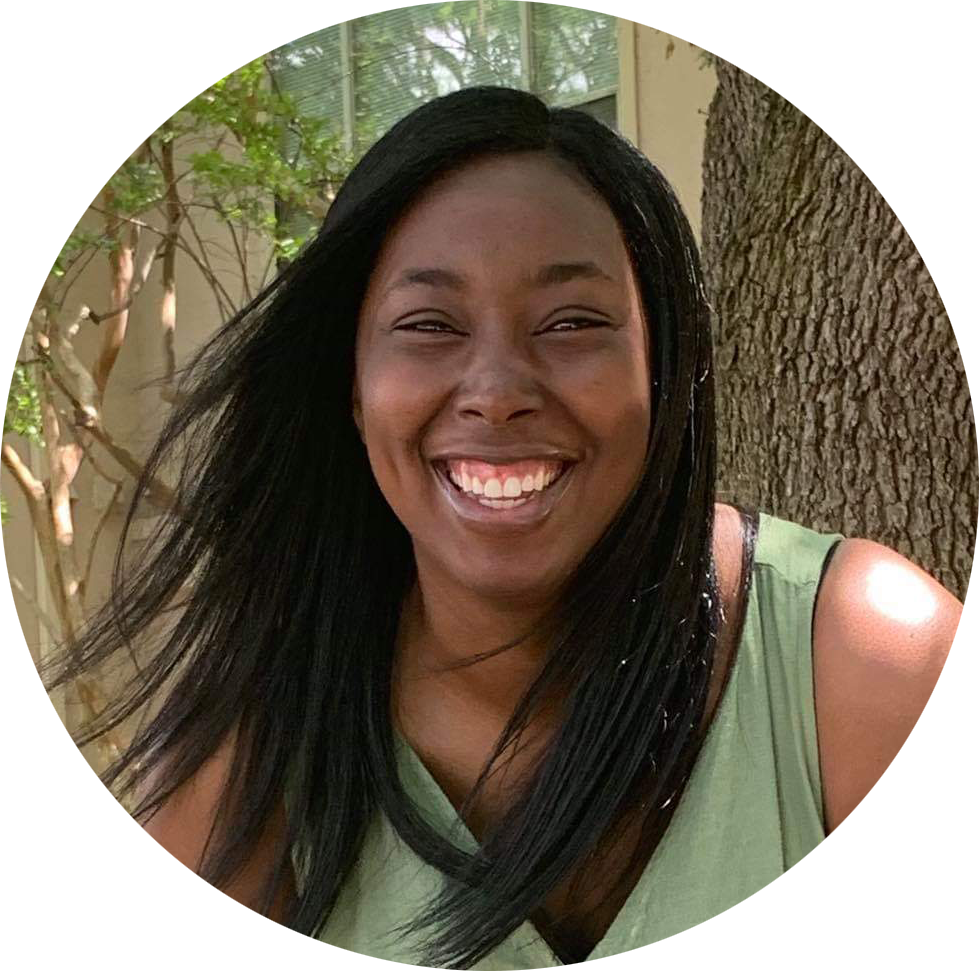 A proud Hoosier and reluctant Texan, Janay is a seminarian in search of the perfect tension between sacred and secular. She teaches Scripture with humor and lots of pop culture references. In her free time you can catch her at the gym or binging PBS period dramas.