Rahab is best known by the postscript, “the prostitute.” She stars in the dramatic fall of Jericho, when the rejuvenated nation of Israel crossed the Jordan to overtake the Promised Land as their own. Rahab hid the Israelite spies and extracted their promise to come back and rescue her. Later, Scripture indicates that she married an Israelite and became the mother of Boaz. Matthew 1 refers to her specifically as one of the five women named in the lineage of Jesus. All of these marks of honor work to honor her, not degrade her because of her early life as a professional sex worker.

Eva Bleeker, author of the chapter on Rahab, explores these and other significant characteristics of this unusual woman of valor. She also connects her to the Canaanite woman in the Gospels (Matt 15), in which Jesus is confronted by a desperate woman on behalf of her sick daughter. Listen as Eva and host Rebecca Carrell delve into the story of Rahab and her significance to our understanding of her great-great-great…grandson, Jesus himself. 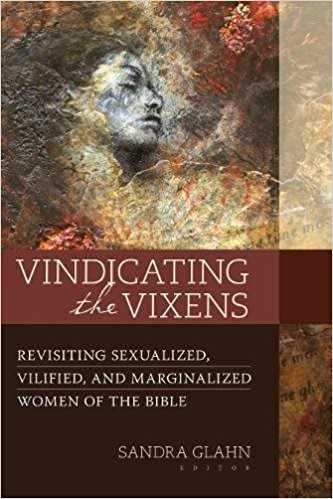 Eva Bleeker, author of the chapter on Rahab, explores significant characteristics of this unusual woman of valor. Over the next few weeks, the authors of the chapters covering the five women in Jesus’s genealogy will also join Rebecca to discuss their perspectives. We hope you will purchase your own copy of the book and join us for the first HSF book club!

Vindicating the Vixens: Revisiting Sexualized, Vilified and Marginalized Women of the Bible